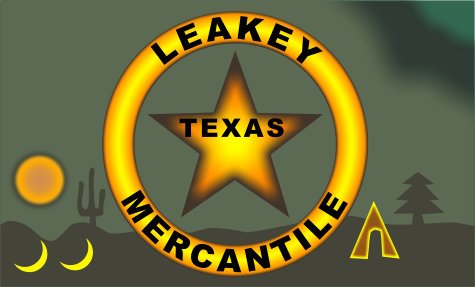 About the Leakey Mercantile Grocery Store 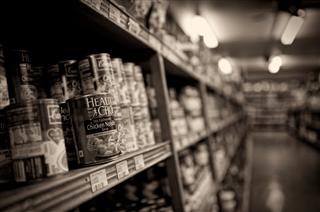 Even though several folks warned Carl and Feleta Chisum to not open another grocery store in Leakey, they did it anyway. After all, there were already about five other grocery stores in Leakey at the time, but they were determined. The community, in 1949, would find it hard to support another grocery business or so they said. Carl and Feleta opened the Red & White Grocery Store in the building next door to present day Mama Choles. Times were hard, but Carl and Feleta knew that with long hours and hard work, they could make it. The building belonged to Willie Leistikow. At the end of the year lease, they decided to open their own store in their own building. They built a new building with the help of Henry Jones, Jack Shackelford, Jake Horton and Norris Fisher. The new business, called Piggly Wiggly, carried this moniker for ten years. The shelving in the present day Mercantile is the original shelving made by the Piggly Wiggly Company in 1950. Tom Bell, of Leakey, drove his cedar truck to Sabinal and picked up the shelving at the train depot. The Piggly Wiggly Company had no distributor so in 1958, Carl changed to IGA (Independent Grocery Association), and ten years later, in 1968, IGA closed its distributorship. Carl and Feleta continued to run the store independently until 1974. They worked hard and the business grew. 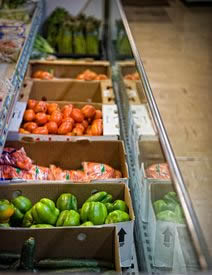 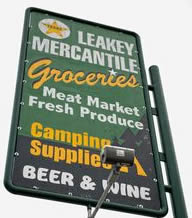 Ranchers and their wives could come to town and purchase just about whatever they needed for the home or ranch. The pickup would be loaded with Godbold feeds and sometimes even a new Maytag washer that Carl would install for $5.00. And this being Texas, no one gave it a second thought in picking up a new rifle or ammunition along with a dozen eggs.

Mrs. Bill Burditt always purchased her chicken feed from Carl. The chicken feed came packaged in printed cotton sacks, ideal for shirt making. It never failed that the exact pattern that Mrs. Burditt needed would be on the bottom of the stack, but that was ok ,and besides she would always bring her fresh eggs to sell. Along with the fresh eggs, families could purchase butter and fresh milk. For many years, Carl would butcher the beef that he would deliver to the customer. It was just neighbor helping neighbor.

The diversification endeavors did pay off for Carl and Feleta. They bought and sold pecans, over 300,000 pounds, shipping them to Muskogee, Oklahoma. Carl would purchase pecans brought in by the coffee can, paper bag, tow sack or pickup load. He would estimate the weight as scales weren't available at the time. But years went by and times changed. Rules and regulations would bring a halt to the selling of raw milk and non inspected beef. 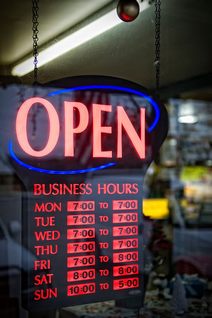 In 1974, the business sold to Mr. and Mrs. Bob Walter and in about 2 years, they sold to Mr. and Mrs. Jimmy Harrell. Clayton Crider, brother of Feleta, bought the business in 1978. Clayton, better known to everyone as Pop, continued with the usual neighbor helping neighbor policy. He loved to visit, so a trip to the grocery store always had to have a few minutes added. He and I spent many hours talking about Angora goats, one of his favorite topics. Pop did what he could to help everyone out. He and his wife Bonnie ran the Mercantile until 2003, when his nephew, Mark Crider, took over the business. The present owners, Rick and Shelly Collins bought The Leakey Mercantile on December 29, 2006 and opened for business January 1, 2007.

Rick and Shelly wanted to make their home in Leakey but weren't sure what to do to make a living so when the Mercantile became available, they seized the opportunity. Since its beginning, The Mercantile has seen many people come through the doors, but the message in 1949 is the same today as it was back then, just neighbor helping neighbor. And some things have withstood the history of the business. For instance, the original building, the original shelving, some of the coolers and the porcelain meat case have made that building home since the inception. On the other hand, there have been many changes. The welcoming screen doors are gone but a very welcome cool air greets the customer. The building is larger, much larger. The inventory has more than doubled, but the old chopping block is still in use.

Rick and Shelly value their customers and value the people who work for them. Barbara Elmore has worked at the Mercantile for about sixteen years. All are committed to serving the community much like Carl and Feleta, and as Shelly said, "If we don't have it, we will get it."

What more could one ask for, in a small country town where neighbors still help neighbors.

'About Us' Photos by Frio Canyon Photo